The Citizen Design Lab accompanies the exhibition By the People: Designing a Better America and invites visitors to participate in the design process and help envision a better America. Here, we may consider how design decisions are made all around us every day and in what ways we might engage, empathizing with other points of view and working collaboratively with community stakeholders to contribute as citizen designers.

Through a series of questions and choices, visitors are asked to record what they and their community care about, define an issue that matters, and propose design tactics that could make a difference. This process is similar to how designers work when they collaborate with communities to address complex challenges—such as reducing dependence on private cars, improving access to healthcare, or restoring housing after natural disasters.

The Citizen Design Lab presents a series of scholarly lectures and presentations by leading architects, urban activists, and artists, and considers how design and architecture can spearhead “a new civic imagination.” These programs seek to engage audiences with issues critical to a more equitable urban future.

The lectures and presentations of the Citizen Design Lab are curated by Dr. Ariadna Hernandez-Reguant, Research Assistant Professor at Tulane University and urban anthropologist with extensive research experience on Miami’s urban communities and civic practices. The Citizen Design Lab's activities are developed in partnership with ISA-Interface Studio Architects.

The full schedule of programs is as follows:

Ann Markusen traces the origins of “Creative Placemaking” and reviews its current features and challenges, including building partnerships, securing funding, incorporating diversity, and avoiding displacement. Using cases from around the U.S., she explores how artists and art forms (music, theater, dance, visual art, writing) are central to its success.

Sam Van Leer, president and founder of the nonprofit Urban Paradise Guild (UPG), asks how we can fight the causes and effects of climate change while making Miami a better place to live today? Instead of solutions that exclude the public and allow big business to shape policy, Van Leer examines how everyone can get involved in projects such as restoring natural habitats, introducing urban agriculture for low-income families, and engaging the public and local leaders to find new ways to protect the environment. Van Leer has himself led efforts likes these at various parks and urban areas around the county, including ACE Preserve, Amelia Earhart Park, and Vizcaya Museum and Gardens.

An industrial designer by training, Cynthia Smith serves as Cooper Hewitt, Smithsonian Design Museum’s curator of socially responsible design, integrating her design expertise with advocacy on human rights and social justice issues. She has curated several ground-breaking exhibitions on the potential of design to impact the lives of everyday people and has been named a 20/20 New Pioneer by Icon design magazine. She is a member of the World Economic Forum Expert Network and serves on numerous international design juries.

August 25, 2018, 4:00 PM
"Disrupting the Order of Things: How to Get Involved and Get Things Done!"
Presentation by Tony García (Street Plans Collaborative)

Cities and citizens around the world are embracing an incremental approach and grassroots energy to plan and implement neighborhood improvement projects. From bike lanes to park spaces, advocates and cities increasingly work together to make sustainable long-term change using small scale moves. Tony Garcia, a leader in the Tactical Urbanism movement, shares stories from projects around the country and offers advice on how to join the ever expanding list of folks who are making change happen in their communities.

How can cities tackle climate change and inequality at the same time? Surprisingly, research shows that guaranteeing housing affordability is key to effective climate policies in cities. Compating the cities of São Paulo, New York, and others, Aldana Cohen finds that urban climate policies have failed because of a general political inability to address race and class inequalities.

A founding principal of Metalab, a multi-disciplinary design firm in Houston, Texas, Joe Meppelink pursues resiliency and sustainable technologies. In response to extreme conditions, with a lack of grid power, hurricane force winds, and storm surge flooding, Meppelink and Metalab have invented and deployed a range of tactical and technological responses. These projects range from a containerized, solar-powered, off-grid field office to modular farming and growing systems to elevated hurricane-resistant housing systems. While each of these addresses a critical issue, Meppelink finds that a similar ethos informs other projects (such as public parks and a fleet of river boats) in unexpected ways.

September 25, 2018, 7:00 PM
“Mexico City for and by the People”
Lecture by Lorena Zárate (Habitat International Coalition)

Lorena Zárate, historian and president of Habitat International Coalition, reviews the urban movements and struggles that have shaped Mexico City’s political agendas and public policies, in particular those related to housing, public space, and mobility. In 2017, Mexico City adopted its own constitution, one of the first in the world to incorporate its inhabitants’ “Right to the City.” Zárate assesses the city’s achievements and challenges, as well as the lessons that other cities can learn from Mexico City’s 2016 New Urban Agenda.

Seen as an urban failure, Medellin was once plagued by violence and terrorism, deep social fractures, economic crisis, and a breakdown of democracy and the rule of law. Yet today, the city stands as an inspiring example of overcoming urban ills. Jorge Pérez Jaramillo, Medellin's former director of urban planning, offers a critical analysis of Medellin’s profound urban changes from the 1980 crisis until today, detailing the collective processes that, through strategic planning, led to increased local democracy, equity, and human development.

Award-winning Venezuelan architect Alejandro Haiek co-founded Lab.Pro.Fab (Project and Fabrication Laboratory) in the early 2000s to address social, political, and environmental issues through a collaborative architectural practice. Working outside official channels in the slums of Caracas, he has initiated bottom-up, community-based projects and built unconventional structures that encourage social diversity, community empowerment, cultural activism, and sustainability. His presentation will focus on two of Lab.Pro.Fab’s innovative and subversive projects that reimagine relations between public landscapes, post-industrial ecologies, and political networks.

Citizen Design Lab, By the People: Designing a Better America, April 6–September 30, 2018. © Museum of Art and Design at MDC.

Lorena Zárate. Photo by Angel Valentín. © Museum of Art and Design at MDC.

Presentation by Jorge Pérez Jaramillo. Photo by Angel Valentín. © Museum of Art and Design at MDC.

Presentation by Alejandro Haiek.  Photo by Angel Valentín. © Museum of Art and Design at MDC.

Citizen Design Lab, By the People: Designing a Better America, Museum of Art and Design at MDC, April 6–September 30, 2018. Photo by Andriana Mereuta.

Citizen Design Lab, By the People: Designing a Better America, Museum of Art and Design at MDC, April 6–September 30, 2018. Photo by Liliana Mora. 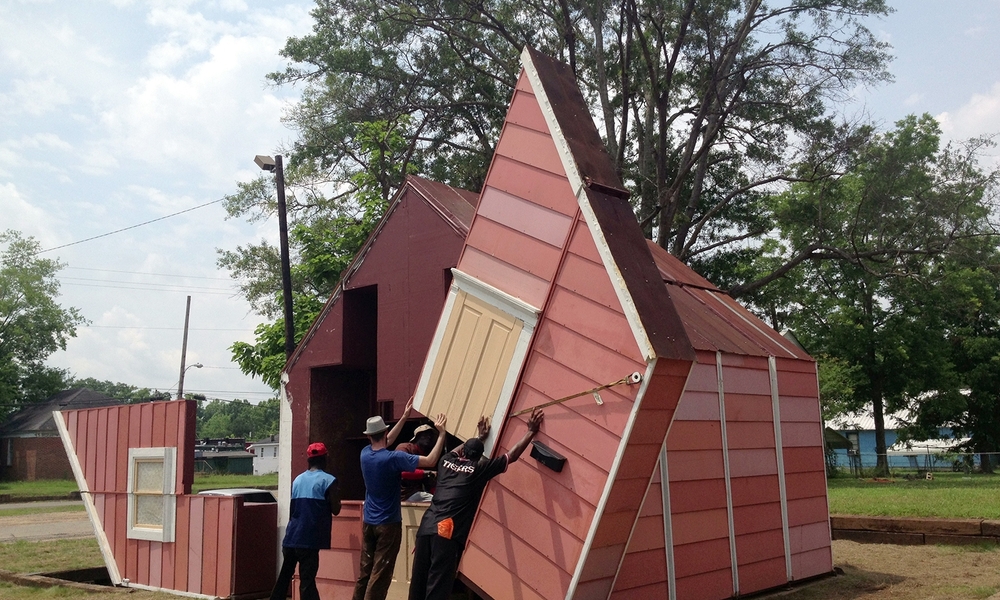 By the People: Designing a Better America 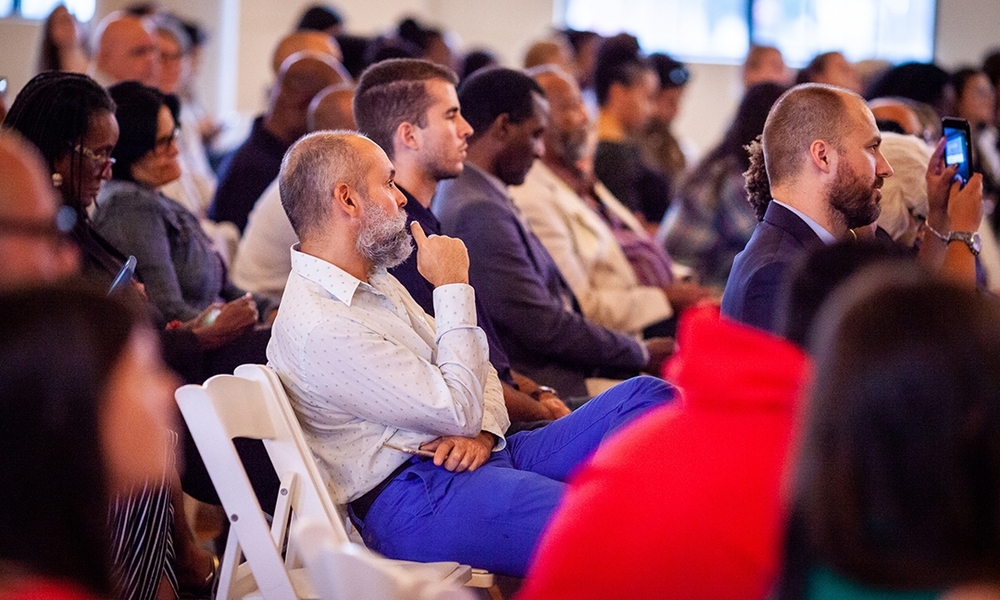