A River Runs Through It,
Part 2: The Tequesta, Florida’s First Peoples

A River Runs Through It, Part 2: The Tequesta, Florida’s First Peoples

The Tequesta peoples, one of the first groups of indigenous inhabitants of South Florida, settled as early as 1200 AD near Biscayne Bay, from the mouth of the Miami River up to Broward and Palm Beach counties. Kislak curators Dr. Carol Damian and Arthur Dunkelman join in conversation with archaeologist Bob Carr about early finds and how to identify the artifacts and the people who made them.

Archaeologist Robert S. Carr is the co-founder and Executive Director of the Archaeological and Historical Conservancy, Inc. He was the former county archaeologist and director of the Miami-Dade County Historic Preservation Division. With thirty years of experience in South Florida, he has worked with the National Park Service, the State of Florida, and the Seminole Tribe directing archaeological assessments and developing resource management plans. Carr was a co-discoverer of the Miami Circle and is currently directing the uncovering of the Royal Palm Hotel site and Tequesta village in downtown Miami. He holds the Master of Science in Anthropology from Florida State University.

Dr. Carol Damian is an art historian, former Professor of Art History in the School of Art and Art History at Florida International University, and former Director and Chief Curator of the Patricia and Phillip Frost Art Museum at FIU. She has contributed to numerous publications and lectures frequently on Latin American and Caribbean art, and the local art scene. She is currently Curator of the Kislak Center, part of the Miami Dade College Special Collections, housed at the Freedom Tower; and of the Chapel of La Merced Colonial Collection at Corpus Christi in Miami.

Arthur Dunkelman is Curator of the Kislak Collection of the Early Americas, Exploration, and Navigation in Special Collections at the University of Miami Richter Library, where the exhibition Open New Worlds is ongoing at the Kislak Center Gallery. Before coming to UM, he was the director and curator of the Kislak Foundation for twenty-four years. In 2004, a portion of the Kislak Foundation Collection was donated to the Library of Congress, and Dunkelman managed the transition, research, and public outreach, and edited a comprehensive catalogue of the collection that was published by the Library of Congress in 2007. 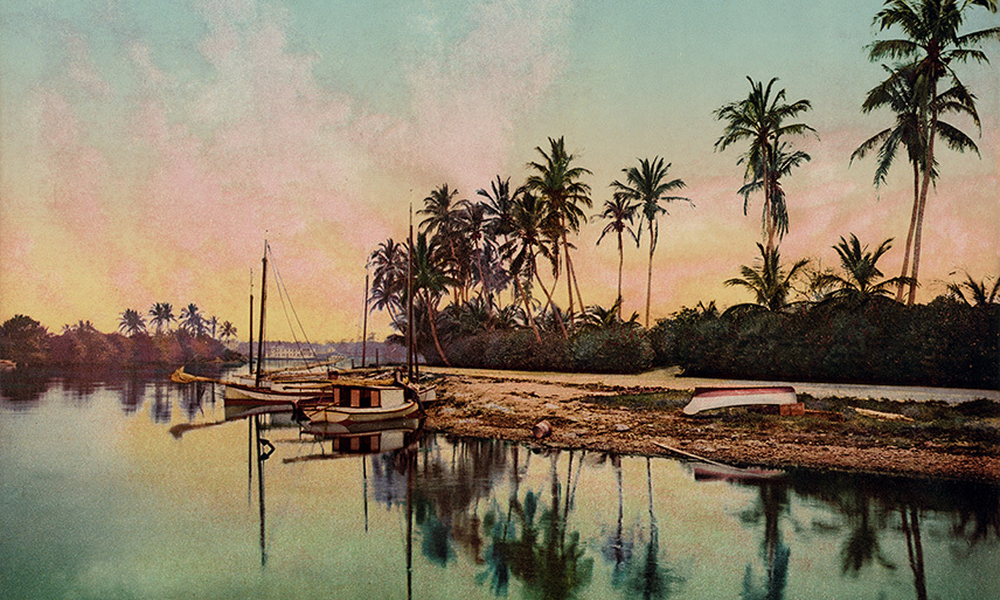 A River Runs Through It, Part 1: The Miami River, Yesterday, Today, and Tomorrow