Writers who choose a city as their muse give voice to both a place and a people. Part scribe, part dreamer, they issue facts along with fantasies, leaving behind a history of the intangible realities of urban life—of a people's heartbreak and of their joy, of their loss and of their growth. The series To Write Miami brings nine beloved Miami writers to Soya & Pomodoro restaurant over eight nights to explore how stories emerge from the raw sights and sounds of the city they love. The series demonstrates how writers pay homage to Miami and how, in turn, Miami feeds their creativity. The innovative readings include performative elements, reflections on the city that nurtures and inspires, and conversations on the writing process that often begins before words are even placed on the page.

The full schedule of readings is as follows:

Author of The Veins of the Ocean, which won the 2017 Dayton Literary Peace Prize and was named a New York Times Editors’ Choice and a San Francisco Chronicle Best Book of the Year; It’s Not Love, It’s Just Paris, which won the International Latino Book Award; and Vida, a finalist for the PEN/Hemingway Fiction Award and Young Lions Fiction Award. Her short fiction has appeared in The Atlantic, A Public Space, The Sun, Kenyon Review, and Harvard Review. Her criticism and essays have appeared in The New York Times, Virginia Quarterly Review, and Catapult. Born to Colombian parents, she earned her MFA at Florida International University and is currently a Visiting Professor of Creative Writing at the University of Miami.

Author of Dancing in the Baron’s Shadow, a debut novel released by Unnamed Press and published in French by Calmann-Levy. Her essay, “Summer is an Empty House,” recently made the Notable Essays mentions in Best American Essays 2016. Her fiction, non-fiction, and poetry have been featured in The Master’s Review, Grist Journal, Damselfly, Hinchas de Poesia, Off the Coast Journal, and The Caribbean Writer, as well as in Eight Miami Poets, a Jai-Alai Books poetry anthology. She lives in South Florida and is currently at work on a second novel.

Pedro Medina León studied Literature at Florida International University and is an award-winning writer, speaker, and editor. He is the author of the acclaimed novel Varsovia (Florida Book Award 2017), Mañana no te veré en Miami, and Marginal and Tour: una vuelta por la cultura popular de Miami, and coeditor of the anthologies Viaje One Way and Miami (Un)plugged. Medina León is a speaker member of the Florida Humanities Council and co-creator of the Escribe Aquí Festival for the Betsy Hotel, which was awarded a grant from the Knight Foundation. In 2008 he created the cultural portal Suburbano Ediciones and today suburbano.net is the leading Spanish-language cultural network in the United States.

Hernán Vera Álvarez, sometimes known as "Vera," has published the novel La librería del mal salvaje, two books of short stories—Una extraña felicidad (llamada América), and Grand Nocturno—and the comic book La gente no puede vivir sin problemas! He is also coeditor of the anthologies Viaje One Way and Miami (Un)plugged. His work has been featured in magazines and newspapers in the United States and Latin America such as El Nuevo Herald, Meansheets, Loft Magazine, El Sentinel, Sea-Latino, TintaFrescaUS, La Nación, and Clarín. Born in Buenos Aires, he lived in the United States for eight years as an illegal immigrant, working in shipyards, discotheques, the kitchen of a nightclub, and in construction. He has taught creative writing at Miami Dade College’s Koubek Center.

Born in Camaguey, Cuba, in 1984 Rodríguez Iglesias is the author of Mi novia preferida fue un bulldog francés (My Favorite Girlfriend Is a French Bulldog) (Alfaguara 2017), and works in a variety of genres, including poetry, short stories, novels, children’s books, and theater. She has won a number of prestigious national and international awards, most recently the Paz Prize for Poetry in 2016 for her collection of poems Miami Century Fox.

Standiford is Founding Director of the Creative Writing Program at Florida International University in Miami and the author of twenty-two books, including a series of thrillers starring hard-luck South Florida building contractor John Deal. In Presidential Deal (1998), the First Lady, based loosely on Hillary Clinton, is kidnapped in Miami. (Don’t worry folks, it was all made up.) He has also written works of history, including Last Train to Paradise: Henry Flagler and the Spectacular Rise and Fall of the Railroad that Crossed an Ocean, now in its thirty-fifth printing, and The Man Who Invented Christmas: How Charles Dickens’ A Christmas Carol Rescued His Career and Revived our Holiday Spirits, which was made into a feature film starring Dan Stevens and Christopher Plummer.

Barrett is the award-winning author of three story collections, most recently Magpies, which received the Florida Book Awards gold medal for fiction. Her recent fiction and nonfiction can be found in New Flash Fiction Review, Necessary Fiction, Mystery Tribune, The Miami Rail, The Southern Women’s Review, River Teeth’s Beautiful Things, Fort Lauderdale Magazine, Flash! Writing the Very Short Story, and Just to Watch Them Die: Crime Stories Inspired by the Songs of Johnny Cash. She’s the editor of the forthcoming anthology Making Good Time: True Stories of How We Do, and Don’t, Get Around in South Florida. A recipient of the Edgar Award for best mystery story, Barrett teaches in the MFA program at Florida International University and is editor of The Florida Book Review.

P. Scott Cunningham lives in Miami and is the director of O, Miami Poetry Festival and the publisher of Jai-Alai Books. He is the author of Ya Te Veo (University of Arkansas Press, 2018), selected by Billy Collins for the Miller Williams Poetry Series. His poems, essays, and translations have appeared in Harvard Review, POETRY, The Awl, A Public Space, RHINO, Los Angeles Review of Books, Tupelo Quarterly, Monocle, and The Guardian. Events and projects of O, Miami have been featured in The New York Times, The New Yorker, The Washington Post, NPR’s Morning Edition, ESPN, and Time, and the organization was named by Fast Company as one of 51 “brilliant urban ideas that are changing America.”

The author of six novels: Louisiana Power & Light, Love Warps the Mind a Little (both New York Times’ Notable Books of the Year), Deep in the Shade of Paradise, Requiem, Mass., No Regrets, Coyote, and I Don’t Like Where This Is Going. He also wrote two short story collections: The Way That Water Enters Stone and Johnny Too Bad, as well as three chapbooks. He has two books on writing and creativity: The Lie That Tells a Truth: A Guide to Writing Fiction and Is Life Like This?: A Guide to Writing Your First Novel in Six Months. John was a 2012–13 Guggenheim Fellow and teaches in the MFA program at Florida International University in Miami.

Patricia Engel. Photo by Angel Valentín. © Museum of Art and Design at MDC.

Fabienne Josaphat. Photo by Liliana Mora. © Museum of Art and Design at MDC.

Les Standiford and Anjanette Delgado. Photo by Liliana Mora. © Museum of Art and Design at MDC.

Les Standiford. Photo by Liliana Mora. © Museum of Art and Design at MDC.

Lynne Barrett. Photo by Liliana Mora. © Museum of Art and Design at MDC. 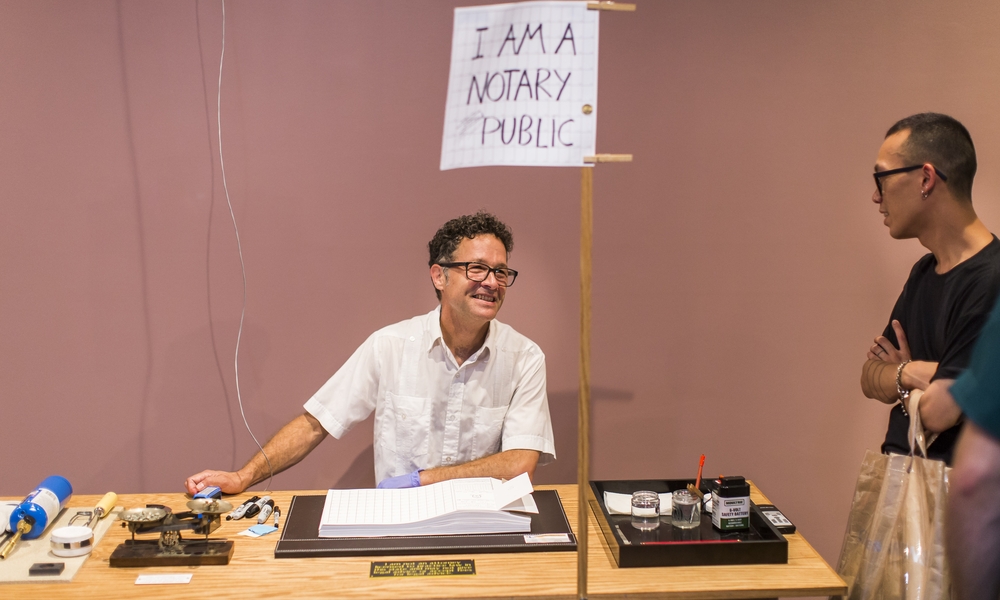 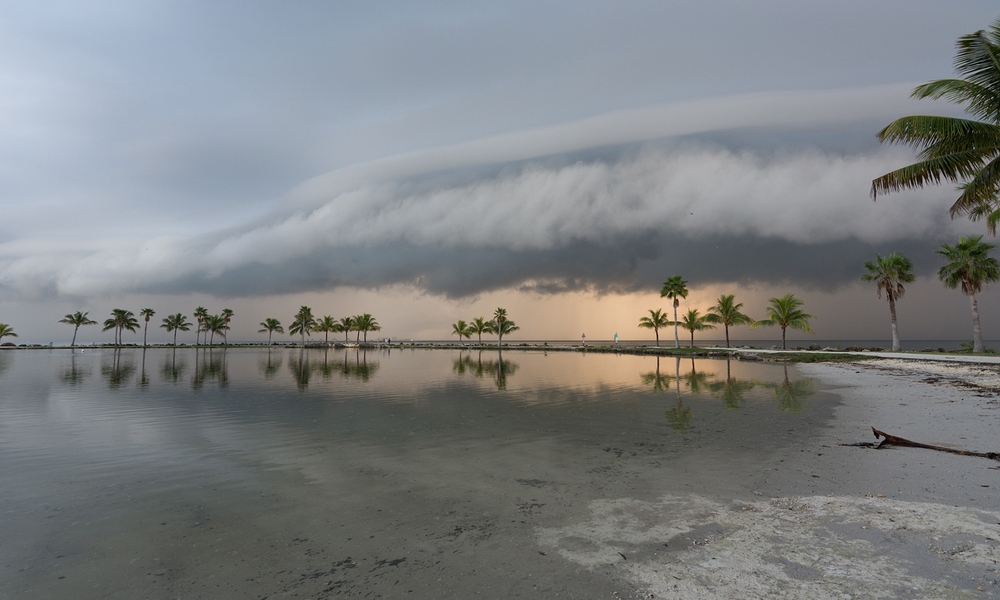